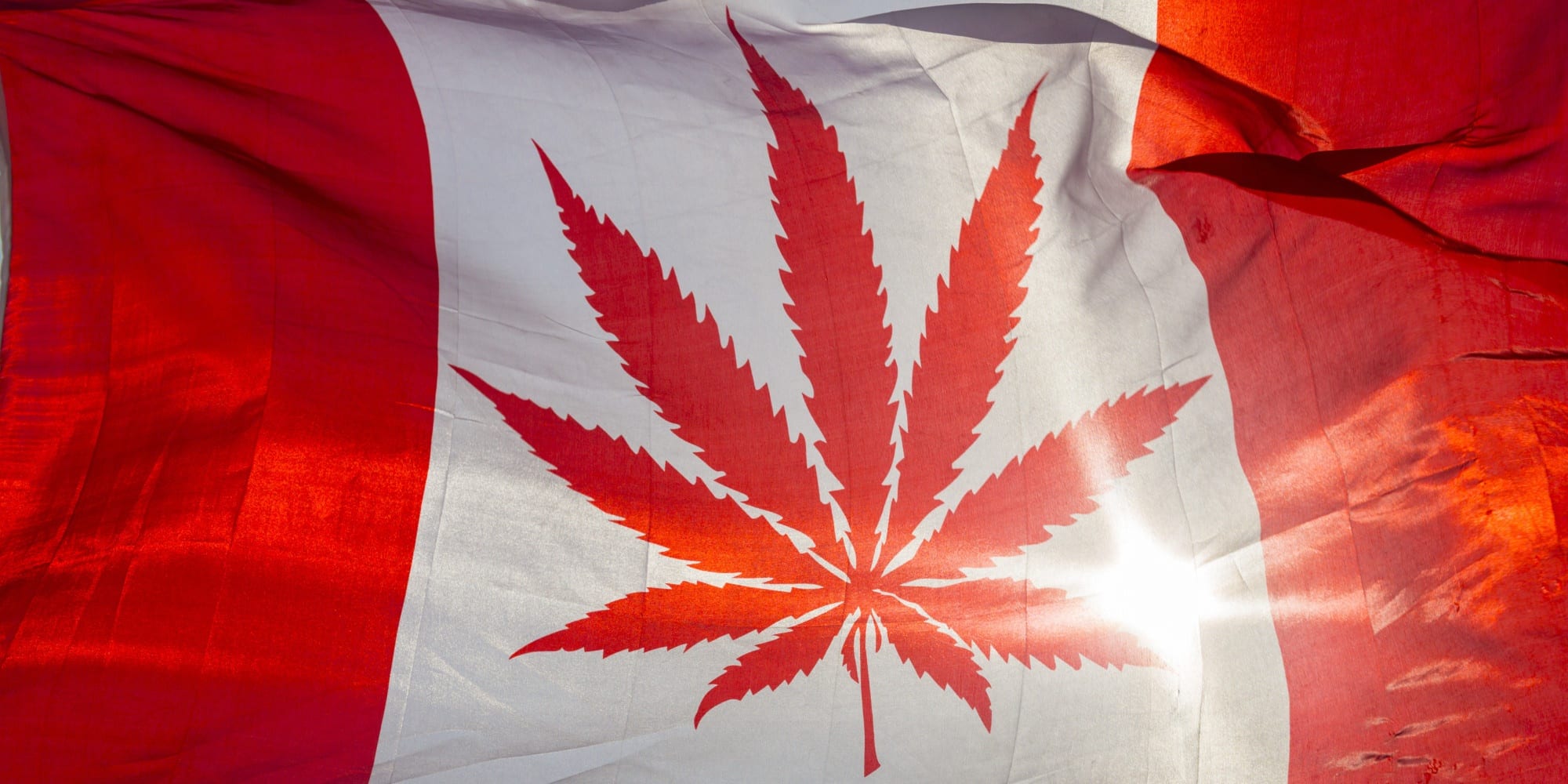 As we all know by now the Canadian federal government has introduced legislation, the proposed Cannabis Act, that will make recreational cannabis legal by July 2018.

While the federal government made the decision to legalize cannabis, provinces and territories and provinces have been assigned the job of making regulations in certain areas.

The federal government’s proposed Cannabis Act includes restrictions on several types of promotional activities, such as:

– Promotion considered appealing to youth;
– Promotion that includes false, misleading, or deceptive information;
– Promotion through sponsorship, testimonials, or endorsements; and
– Promotion using the depictions of persons, celebrities, characters, or animals.

These proposed restrictions on promotion are meant to protect youth from being persuaded to use cannabis through marketing or advertising. At the same time, adult consumers need to have clear, objective information so they can make informed decisions about using cannabis. To make sure clear information is available to adult consumers, the legislation would require factual and accurate information about cannabis products, information about the level of tetrahydrocannabinol (THC, the main active ingredient in cannabis) in products, and other ingredients that have been added to cannabis products. 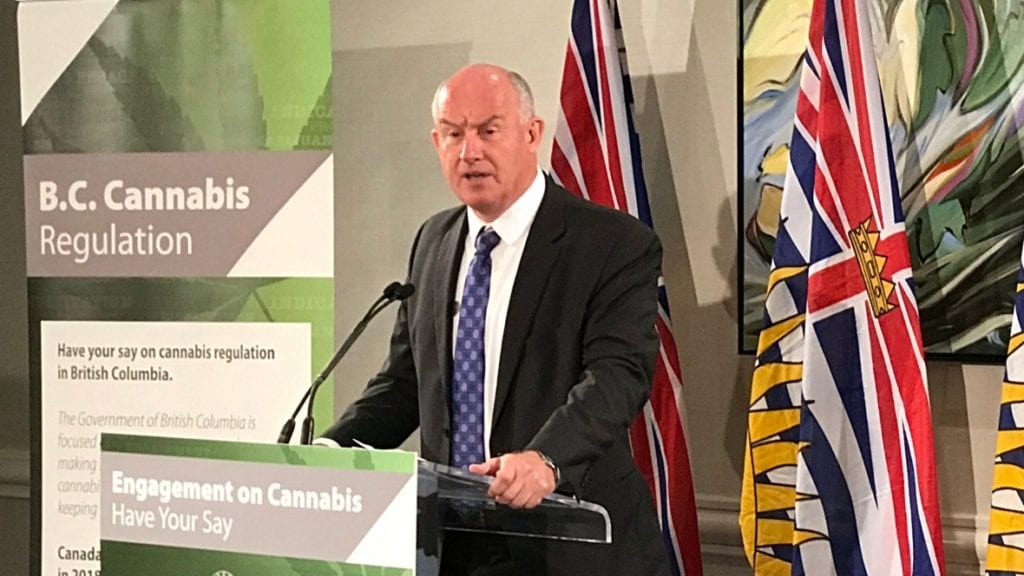 Joint Provincial-Local Government Committee on Cannabis Regulation, is made of provincial representatives appointed by the Ministry of Public Safety and Solicitor General plus 12 local politicians and bureaucrats drawn from the Union of B.C. Municipalities.

“We want to hear from as many people as possible about how we can best protect our kids, keep our roads safe, and lock criminals out of the non-medical cannabis industry,” said Minister of Public Safety and Solicitor General Mike Farnworth.

Today through Nov. 1, people can share their views about B.C.’s approach to non-medical cannabis legalization at: engage.gov.bc.ca/BCcannabisregulation/ 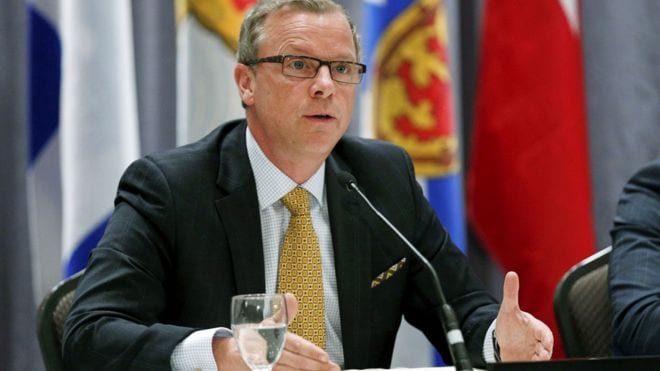 In order to develop a legalization framework in Saskatchewan, we are seeking input from the public. The results of this survey will aid the Government of Saskatchewan in creating the best possible framework for its citizens. The framework will be guided by several overarching objectives, which include but are not limited to:

Restricting the illegal cannabis market;
Keeping cannabis out of the hands of children and youth;
Protecting public and personal health and safety; and,
Promoting safety on roads, in workplaces, and in public spaces.
Each province can adopt the following minimum regulations or can implement stronger controls to deal with local issues, such as:
Increase restrictions on certain federal regulations.

For example, Saskatchewan could maintain the minimum age of 18 or increase it to 19 or older. The province could also choose to reduce the maximum number of plants allowed to be grown in a private residence, to less than four.
Create laws and policy on specific topics, including:

The Government of Saskatchewan has recently updated drug and alcohol impaired driving laws to promote zero tolerance for new drivers and drivers who are 21 years of age and under. We are working with other provinces and the federal government to develop and strengthen road-side testing for drug-impaired driving. 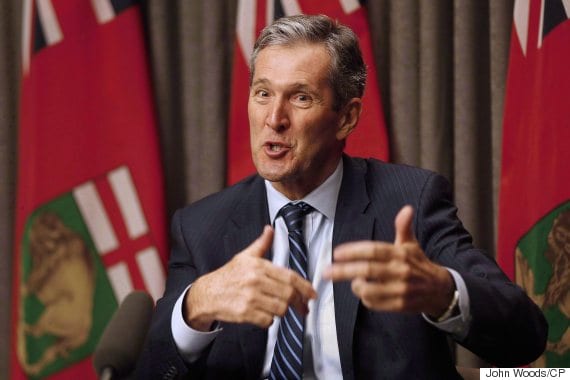 Like Wall in Saskatchewan, Premier Brian Pallister has putting more energy into convincing the federal government to delay the proposed date for legalization than coming up with a plan to implement it. (At the Council of Federation meeting last month between Canadian premiers, Pallister said he wanted it delayed for an entire year).

Federal Health Minister Jane Philpott made it clear during a recent visit to Winnipeg that such an extension would not be available to any provinces.

So far, some are saying the biggest potential players for distribution in Manitoba could be pharmacies like Shoppers Drug Mart. 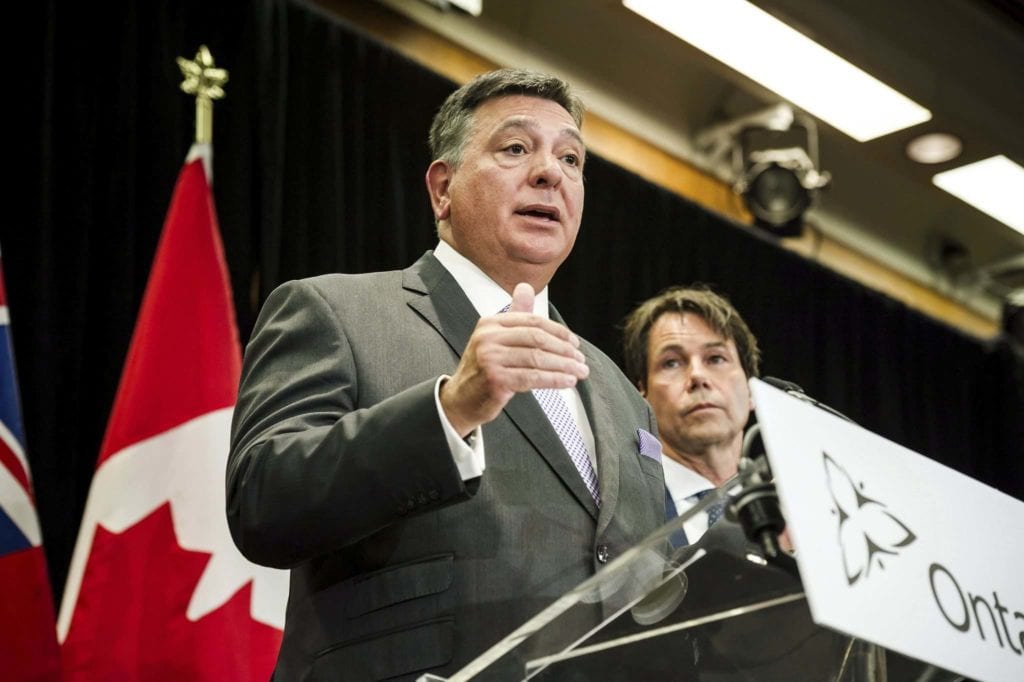 Like Alberta, Ontario also launched a public consultation—albeit for a much shorter period of time—with similar questions that pertained to minimum age, where to purchase and use cannabis, road safety, distribution, and public education.

It’s also established Ontario’s Legalization of Cannabis Secretariat, a group made up of various provincial officials that will meet with public health experts to discuss the implications of legalization.

The province is in the midst of preparing an education campaign  that will highlight the dangers of cannabis as it pertains to young adults. Ontario health minister Eric Hoskins says it will help “parents and kids understand what the risks are”.

While independent medical cannabis clinics and those operated by licensed producers continue to open up around the province, dispensaries are being raided consistently in Ontario, despite plans to legalize recreational cannabis. Former provincial chief of staff Omar Khan recently told the CBC that dispensary owners that think they’ll be included in the province’s legal framework are “dreaming in technicolour.” 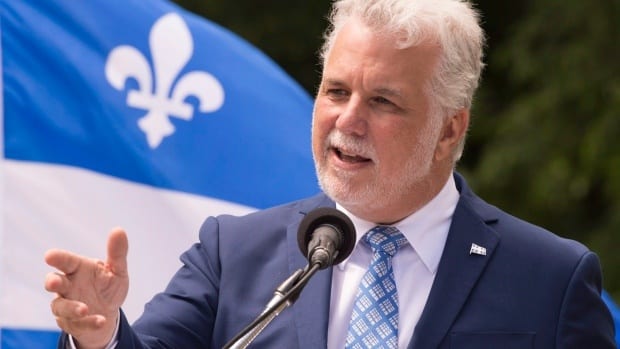 Possibly the most pessimistic of provinces and territories with regard to cannabis legalization is Quebec. A recent CBC survey showed that residents there are less likely to be in favour of legalization, less interested in having cannabis shops in their neighbourhoods, and not entirely convinced that legalization will stem the black market.

Quebec’s provincial government is expected to table cannabis legislation in the fall, and will meet with experts before consulting with the public later this month. Those interested in taking part in consultations must register to do so.

Last month’s release of police-reported statistics from Statistics Canada showed that while the rest of Canada saw a decrease in the number of cannabis-related charges, those charges were on the rise in Montreal and other parts of Quebec. 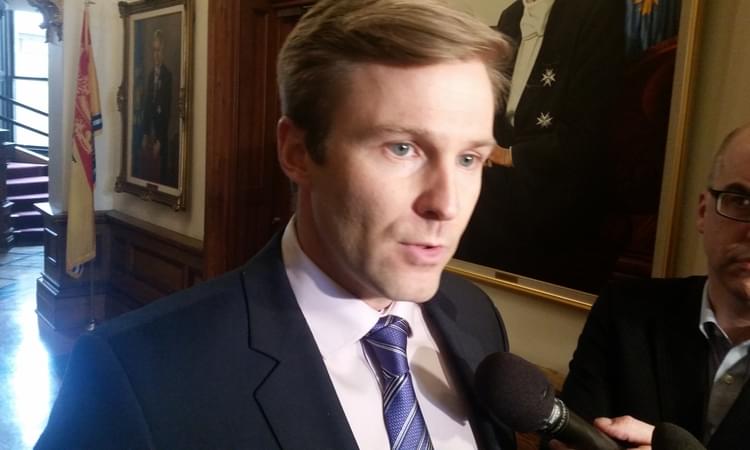 We don’t think it’s a stretch to say that this maritime province has come up with the most progressive solutions to building a provincial framework. Politicians there began doing research and exploring possibilities before the federal government even released the legislation for cannabis legalization. (Although, this education campaign from the New Brunswick Medical Society might be a step in the wrong direction.)

Instead of fearing the work associated with developing legislation as so many other provinces seem to be doing, Premier Brian Gallant has told the media that he sees legalization as a way to boost the province’s economy, even going so far as to declare marijuana a pillar of the province’s economic strategy.

In addition, the provincial government is providing producers with financial incentives to set up shop. At Fredericton’s St. Thomas University, a cannabis research chair will soon be appointed, and will work closely with government officials on developing sound public policy. 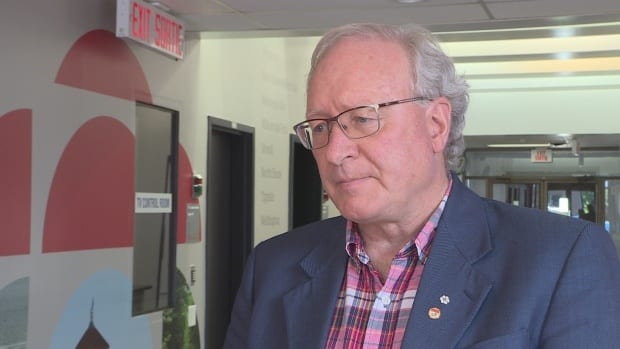 In P.E.I., Premier Wade MacLachlan has said that although the province has yet to make a decision about age limit, distribution, or taxation, he hopes that there is room among the four maritime provinces for cooperation, and hinted to harmonizing the approach to legalization in the region.

Public consultations in the province are set to begin in late August and run into September. MacLachlan has stressed the importance of public education campaigns, particularly with regard to impaired driving. 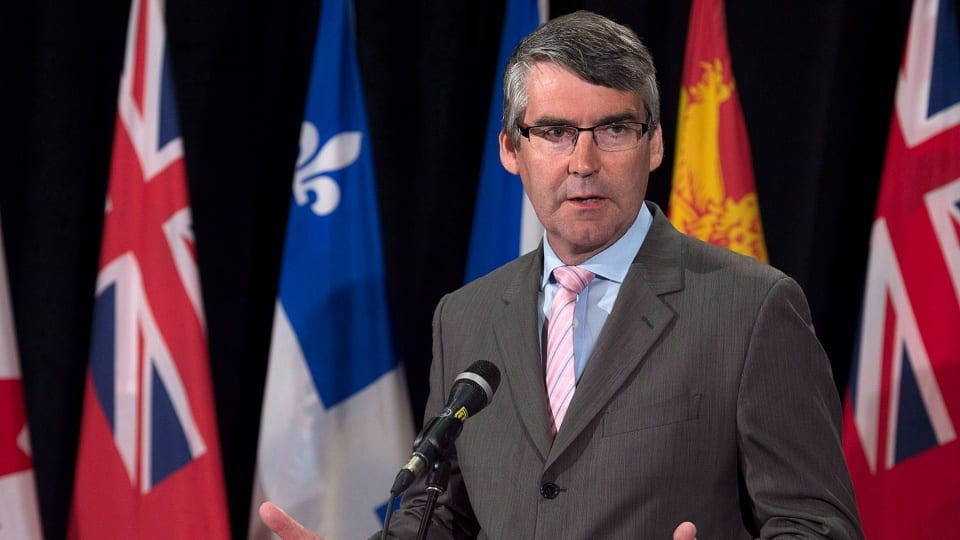 Unlike premiers in Saskatchewan and Manitoba, Nova Scotia Premier Stephen McNeil has told the media that his government is planning to have rules and regulations for legalization in place in time for Prime Minister Trudeau’s July 1, 2018 deadline.

The premier has also said that he’s waiting on more information from the federal government before moving forward. Like MacLachlan in P.E.I., he hopes to see a regulatory framework in Atlantic Canada that is consistent across all four provinces. He’s suggested that a legal age of 19 for cannabis makes sense. 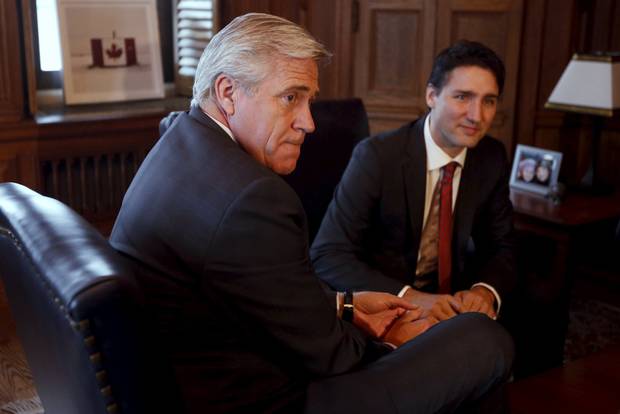 Following a plan similar to other provinces, the province implemented an online questionnaire and gave residents of Newfoundland and Labrador until early July to take part. It covered topics like points of sale, legal age, enforcement, and road safety.

No major decisions have been made yet, as policy makers are currently in talks with doctors and business leaders as questionnaire data is reviewed.

Unlike leaders in New Brunswick, justice and public safety minister Andrew Parsons has warned against the idea that cannabis could be an opportunity to kickstart the province’s economy. 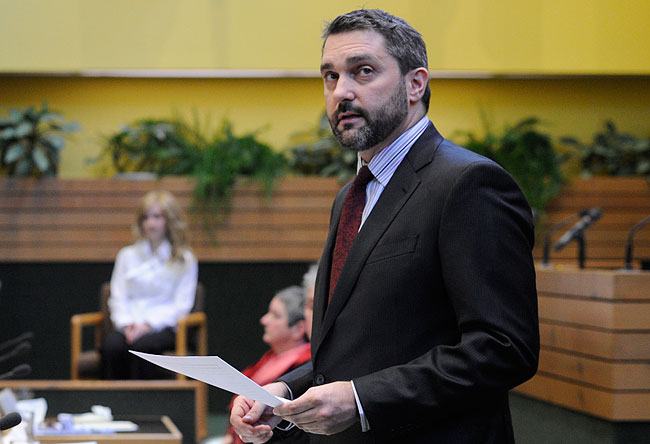 This territory has taken the route of offering its residents the chance to provide feedback through an online survey, asking questions about legal age, where it could be sold and consumed, and about safety in the workplace and on the road.

The Yukon government has told residents that its decisions will be guided by principles that “provide for legal controlled access to cannabis that displaces illegal and criminal activity,” and “prioritize(s) public health, safety and harm reduction, with a focus on protecting youth from negative health effects.”

Yukoners have until September 30 to complete the survey, and the results are set to be posted by November 15. Northwest Territories has also offered residents an online survey, which received a record number of responses in its first week. (CBC reported that the survey was the territory’s most popular public engagement ever.)

The anonymous survey, which covers topics unique to the territory, includes concerns about access to cannabis in remote communities, as well as the suggested legal age, and if cannabis should be sold through a liquor commission. It’s open to residents until September 22.

CBC reported that the territorial government will provide mail order or fly-in options for remote communities, but will “respect communities that decide to go down a prohibition path.” Indigenous and community leaders have also been invited to provide feedback to the government. You might be surprised to learn that, per capita, Nunavut boasts the highest number of marijuana users in Canada. Unfortunately, the territorial government in Nunavut made a whole lot of headway on creating a regulatory framework as a territorial election will take place on October 30. (This gives their government just two sittings before marijuana becomes legal.)

So far, Premier Peter Taptuna hasn’t said much, but finance minister Keith Peterson has announced that Nunavut’s legislature would conduct its own broad community consultations with different groups and organizations to “get some good recommendations on how to proceed.”

Some MLAs have expressed concern about “dry” communities in the territory, and whether or not the same school of thought will apply to legal cannabis.