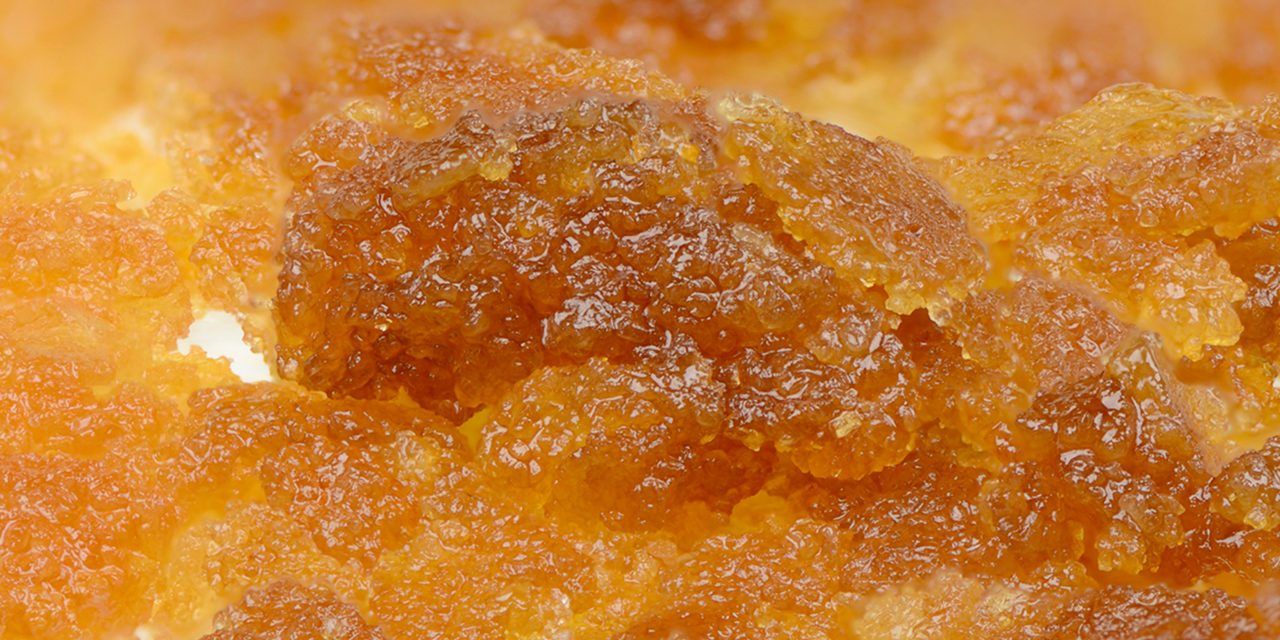 Not too long ago there were only a few extract options: the classic hashish, Rick Simpson Oil and cannabutter to name the most common. Times have changed and now there are TONS (Shatter vs Résine vivante vs Bubble Hash) of new extract options and many have strange names. What’s going on?

The fact is lots more people are into Mary Jane and as a result there has been a higher demand for new kinds of weed-derived products. Also, lots of people have gotten creative with innovating new products! After all, it is science and experimenting is the fun part. Vapes are so convenient but wouldn’t be a possibility if it weren’t for new extract techniques.

For those of us who like to smoke our concentrates, the options now available can be daunting to the uninitiated so let’s go through 3 big ones and weigh the pros and cons of each.

Good ole bubble hash has been around since at least the 60’s. The method for making bubble hash requires bubble bags, ice and weed. The idea is to put the weed through the bags like you would water through a sieve. Each bag has progressively tighter weaves so at the end you have just the trichomes (crystals aka the good stuff). The ice is used to chill the weed which makes for a more efficient trichome removal.

The end product is a very clean and fragrant product that uses no solvents of any kind. This is typically a full melt product which means there is no residue left when you smoke it. It’s great stuff and I highly recommend it to all extract lovers. It is NOT the same as standard finger rub hash which makes up 90% of the hash market. Not to say finger rub isn’t great as that product has been in production and consumed by humans for literally 1000’s of years so the recipe is pretty good at this point ;-)

Moving on to shatter. Éclater is made by blasting butane through weed and then curing the end product so as to remove all residual traces of butane. If this is made at home by amateurs, the curing process is almost always not adequate. However, if done by professionals using professional equipment, it makes one of the most potent and safe extracts out there. Also, the price tends to be cheaper since the method is not wasteful and not as labour-intensive as other extract processes. Cheaper shatter tends to use lower grade weed ie leftover trim. High grade shatter is something to behold and is highly sought-after by the extract afficinado community for its great smell, flavour and super-charged potency.

Live resin is very similar to shatter except for one very key difference: the flower used has not been cured/dried. Fresh flower before it has been dried smells absolutely incredible. The reason for this is because there are more terpenes on the plant when it’s in its fresh state. Drying/curing removes terpenes. However, if you flash freeze fresh flower and then use the same method for making shatter with that flash-frozen fresh flower, you get live resin: an amazingly fragrant product. Extract lovers will love this product but it is not for the weak of heart as this stuff is POTENT.

In Conclusion… Which is best for you? Shatter vs Live Resin vs Bubble Hash